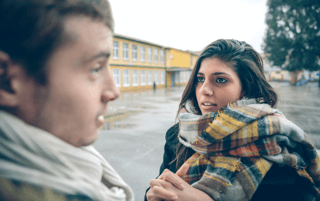 I Confronted my Partner of Four Years About Her Out of Control Behavior While on Drugs, and Now, She Wants to Move Out

I Confronted my Partner of Four Years About Her Out of Control Behavior While on Drugs, and Now, She Wants to Move Out

A couple, Samantha, and Brian have been together for four years.

Everything had gone great in the beginning; they had a healthy relationship. They went out to parties together, often socialized, and generally were very happy and in love. They sporadically consumed drugs combined with alcohol, such as cocaine and benzodiazepines; they described themselves as light consumers then.

His partner began to lose control while drinking and using

“I told her she would get into trouble if she insisted on drunk driving,” Brian says.

According to the police records, she was very intoxicated, not only with alcohol. Because of local law, where they live, Samantha potentially faces jail time and, at the very least, a hefty fine to pay, which would ruin the couple´s finances.

At this point, Brian finally confronted Samantha about her alcohol and drug abuse.

“He was judgmental, and I reject what he told me about my behavior; it´s just not true, Although I have the DUI problem to solve,” Samantha said.

Samantha told Brian she was heartbroken because of what Brian had told her about her drinking and drug-using use and that she was moving out.

“I barely touched the subject, and she had an outbreak of rage and said that she was moving out. I spoke two sentences trying hard not to be mean or judgmental, which was enough to trigger the decision to leave”. Brian stated.

Unfortunately, most individuals with a drug, alcohol or mental health problem can learn this about themselves, neither accept it nor deal with it by looking for help. Denial is a typical initial phase in people with addiction issues, and they tend to be very aggressive when approached with comments about their substance abuse. Brian will have to decide what he wants for his life and if he is willing to bear the consequences of his partner´s substance abuse and behavior. It is very easy for them to fall into a co-dependent relationship and very difficult for them to break free from it.